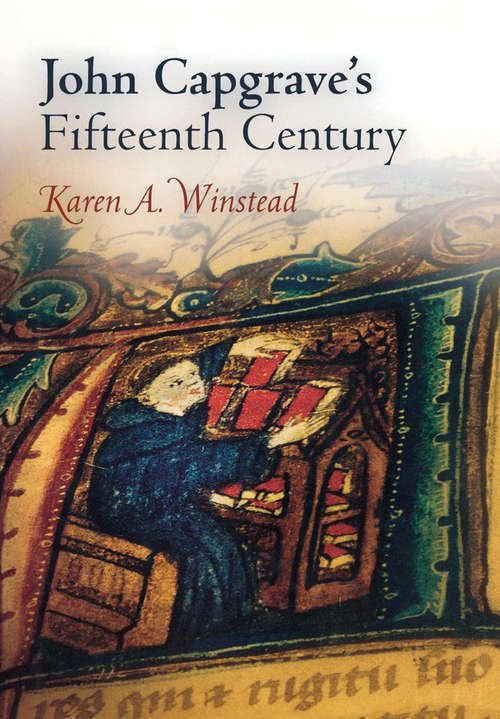 Britain of the fifteenth century was rife with social change, religious dissent, and political upheaval. Amid this ferment lived John Capgrave--Austin friar, doctor of theology, leading figure in East Anglian society, and noted author. Nowhere are the tensions and anxieties of this critical period, spanning the close of the medieval and the dawn of early modern eras, more eloquently conveyed than in Capgrave's works. John Capgrave's Fifteenth Century is the first book to explore the major themes of Capgrave's writings and to relate those themes to fifteenth-century political and cultural debates. Focusing on Capgrave's later works, especially those in English and addressed to lay audiences, it teases out thematic threads that are closely interwoven in Capgrave's Middle English oeuvre: piety, intellectualism, gender, and social responsibility. It refutes the still-prevalent view of Capgrave as a religious and political reactionary and shows, rather, that he used traditional genres to promote his own independent viewpoint on some of the most pressing controversies of his day, including debates over vernacular theology, orthodoxy and dissent, lay (and particularly female) spirituality, and the state of the kingdom under Henry VI.The book situates Capgrave as a figure both in the vibrant literary culture of East Anglia and in European intellectual history. John Capgrave's Fifteenth Century offers a fresh view of orthodoxy and dissent in late medieval England and will interest students of hagiography, religious and cultural history, and Lancastrian politics and society.