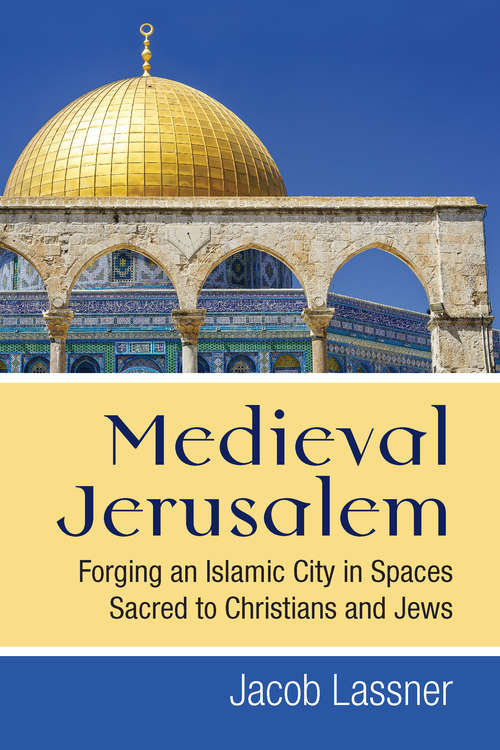 Medieval Jerusalem examines an old question that has recently surfaced and given rise to spirited discussion among Islamic historians and archeologists: what role did a city revered for its holiness play in the unfolding politics of the early Islamic period? Was there an historic moment when the city, holy to Jews, Christians, and Muslims, may have been considered as the administrative center of a vast Islamic world, as some scholars on early Islam have recently claimed? Medieval Jerusalem also emphasizes the city’s evolution as a revered Islamic religious site comparable to the holy cities Mecca and Medina.

Examining Muslim historiography and religious lore in light of Jewish traditions about the city, Jacob Lassner points out how these reworked Jewish traditions and the imposing monumental Islamic architecture of the city were meant to demonstrate that Islam had superseded Judaism and Christianity as the religion for all monotheists. He interrogates the literary sources of medieval Islamic historiography and their modern interpreters as if they were witnesses in a court of law, and applies the same method for the arguments about the monuments of the city’s material culture, including the great archaeological discoveries along the south wall of the ancient Temple Mount.

This book will be of interest to a broad range of readers given the significance of the city in the current politics of the Near East. It will in part serve as a corrective to narratives of Jerusalem’s past that are currently popular for scholarly and political reasons.