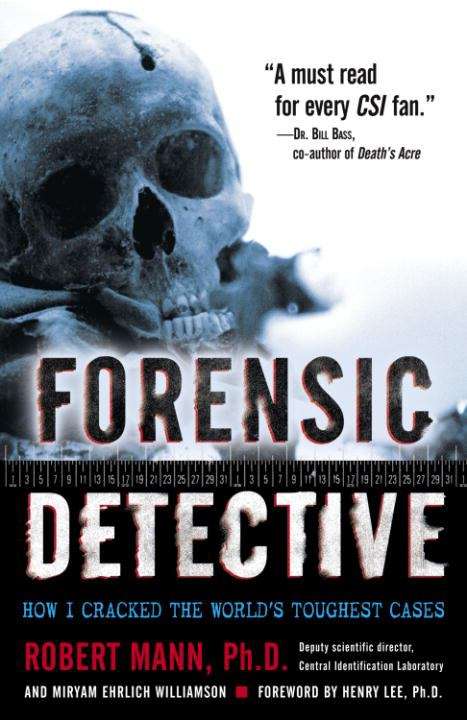 Death. It's not only inevitable and frightening, it's intriguing and fascinating-especially today, when science continues to make ever more stunning advances in the investigation of the oldest and darkest of mysteries. To discover the how and why of death, unearth its roots, and expose the mechanics of its grim handiwork is, at least in some sense, to master it. And in the process, if a criminal can be caught or closure found, so much the better.Enter Robert Mann, forensic anthropologist, deputy scientific director of the U.S. government's Central Identification Laboratory, and, some might say, the Sherlock Holmes of death detectives. When the dead reveal some of their most sensational, macabre, and poignant tales, more often than not it's Mann who's been listening. Now, in this remarkable casebook, he offers an in-depth behind-the-scenes portrait of his sometimes gruesome, frequently dangerous, and always compelling profession. In cases around the world, Mann has been called upon to unmask killers with nothing but the bones of their victims to guide him, draw out clues that restore identities to the nameless dead, recover remains thought to be hopelessly lost, and piece together the events that can unlock the truth behind the most baffling deaths.The infamous 9/11 terror attacks, which killed thousands; the unplanned killing that inaugurated serial murderer Jeffrey Dahmer's grisly spree; mysterious military fatalities from World War II to the Cold War to Vietnam, including the amazing case of the Vietnam War's Unknown Soldier-all the fascinating stories are here, along with photos from the author's personal files. Mystery hangings, mass graves, errant body parts, actual skeletons in closets, and a host of homicides steeped in bizarre clues and buried secrets-they're all in a day's work for one dedicated detective whose job begins when a life ends.From the Hardcover edition.