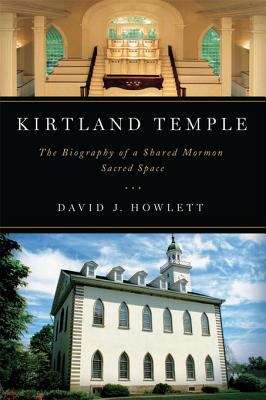 The only temple completed by Mormonism's founder, Joseph Smith Jr., the Kirtland Temple in Kirtland, Ohio, receives 30,000 Mormon pilgrims every year. Though the site is sacred to all Mormons, the temple's religious significance and the space itself are contested by rival Mormon dominations: its owner, the relatively liberal Community of Christ, and the larger Church of Jesus Christ of Latter-day Saints.

David J. Howlett sets the biography of Kirtland Temple against the backdrop of religious rivalry. The two sides have long contested the temple's ownership, purpose, and significance in both the courts and Mormon literature. Yet members of each denomination have occasionally cooperated to establish periods of co-worship, host joint tours, and create friendships. Howlett uses the temple to build a model for understanding what he calls parallel pilgrimage--the set of dynamics of disagreement and alliance by religious rivals at a shared sacred site. At the same time, he illuminates social and intellectual changes in the two main branches of Mormonism since the 1830s, providing a much-needed history of the lesser-known Community of Christ.