Teaching from the Heart and Soul 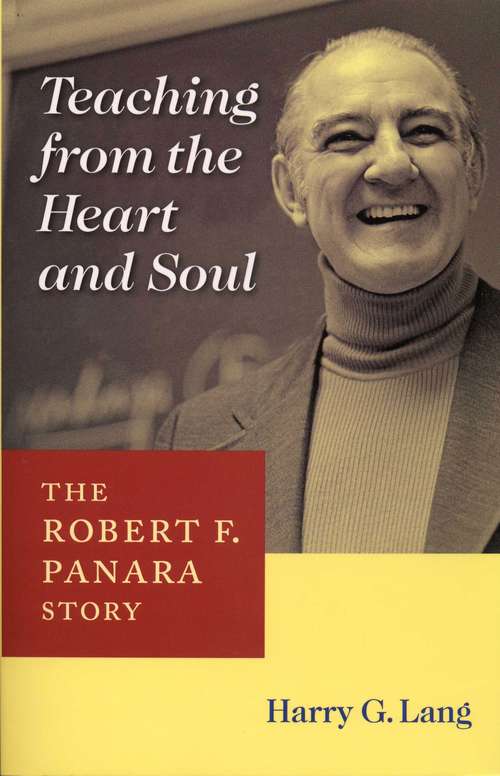 The Sixth Volume in the Deaf Lives Series

Robert F. Panara lost his hearing from spinal meningitis in 1931 at the age of ten. However, he could read and write, and with his friends' help, Bob (as he was known), made it through high school. His new solitude created a new passion - reading, reading, and reading. The stage was set for the emergence of one of the great deaf educators in modern time, a life fully captured in Harry G. Lang's Teaching from the Heart and Soul: The Robert F. Panara Story.

Bob Panara's many achievements began after his discovery of Gallaudet College in the 1940s. There, he wrote "The Significance of the Reading Problem," which first expressed his belief that teaching "comes from the heart and soul." The article secured him his first job at the New York School for the Deaf in White Plains. Bob returned to teach at Gallaudet College from 1948 until 1965, when he left to help found the National Technical Institute for the Deaf (NTID) and the National Theatre of the Deaf (NTD) -- all in the same year. He continued to expand arts and literature at NTID until his retirement in 1987.

Bob Panara's genius resides in the people he inspired with his vivacious teaching style. He believed ardently in involving students, that they should "be the book." Former students tell story after story about his fabulous interpretations of drama and poetry, a legacy confirmed by his own story in Teaching from the Heart and Soul.