The Importance of Assent 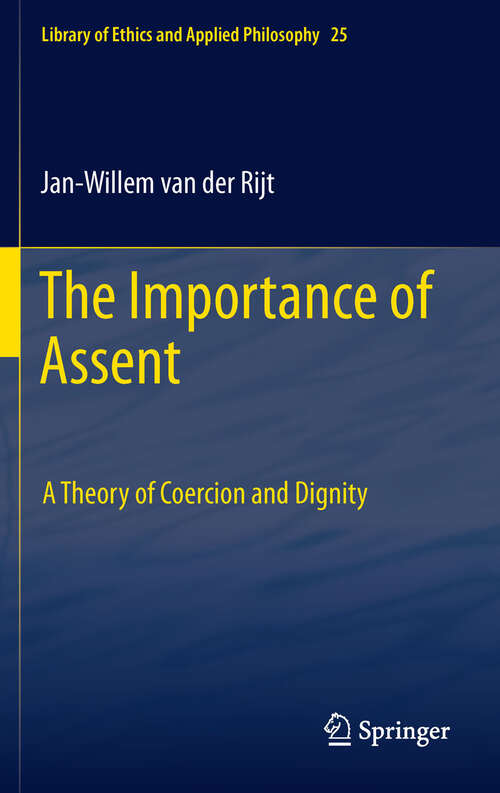 The view that persons are entitled to respect because of their moral agency is commonplace in contemporary moral theory. What exactly this respect entails, however, is far less uncontroversial. In this book, Van der Rijt argues powerfully that this respect for persons' moral agency must also encompass respect for their subjective moral judgments - even when these judgments can be shown to be fundamentally flawed.

Van der Rijt scrutinises the role persons' subjective moral judgments play within the context of coercion and domination. His fresh, original analysis of Kant's third formulation of the Categorical Imperative reveals how these judgments are intimately connected to a person's dignity. The result is an insightful new account of coercion, a novel Kantian reformulation of the republican notion of non-domination and a compelling, innovative argument in favour of retributive justice.

"In this admirably clear and insightful work, Van der Rijt develops an original account of coercion and dignity. On the basis of his analysis of the relation between these two concepts, he also provides an intriguing new angle on the nature of republicanism. I recommend this book to anyone interested in freedom and power and their roles in normative political theory."

"In this carefully argued and original study Jan-Willem van der Rijt offers an analysis of coercion, a broadly Kantian argument that coercion is an affront to dignity, and an illuminating contrast with Philip Pettit's republicanism. A most welcome contribution."

"Jan-Willem van der Rijt has written a well argued, original book that will prove to be extremely helpful for the philosophical inquiry of the relationship between coercion and human dignity as well as for the assessment of republicanism and its consequences."