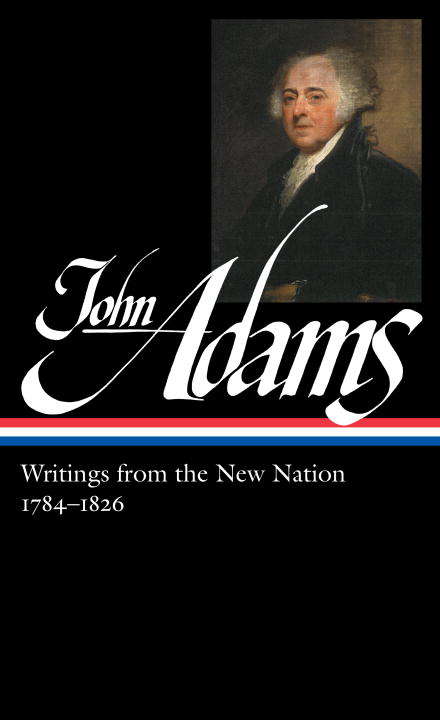 Gordon S. Wood presents the final volume in his definitive three-volume edition of the writings of a great American Founder.

A powerful polemicist, insightful political theorist, and tireless diplomat, John Adams (1735-1826) was a vital and controversial figure during the early years of the American republic. Once overshadowed by Washington and Jefferson, Adams has become the subject of renewed interest, with a best-selling biography and acclaimed television series reintroducing him to millions. Now, this final volume of a comprehensive three-volume edition makes his important writings from the early national period broadly available to general readers. Bringing together letters, diary excerpts, political essays, speeches, and presidential messages, Writings from the New Nation 1784-1826 illuminates Adams's service as a diplomat in the Netherlands and England; his eight years as vice president under Washington; and his tumultous single term as president. The first person to win a contested presidential election and then to be defeated for reelection, Adams faced bitter criticism from both Jeffersonian Republicans and Hamiltonian Federalists while striving to prevent an undeclared naval conflict with Revolutionary France from escalating into full-scale war. Selections from A Defence of the Constitutions of Government of the United States of America (1787-88) and Discourses on Davila (1790-91) demonstrate his insights into the strengths and weaknesses of ancient and modern political systems, while letters to his wife and children illuminate the passionate and mercurial personality of one of our most fascinating Founders. This volume is published simultaneously with Abigail Adams: Letters, the first comprehensive collection of the extraordinary correspondence of Adams's wife and key advisor.From the Hardcover edition.