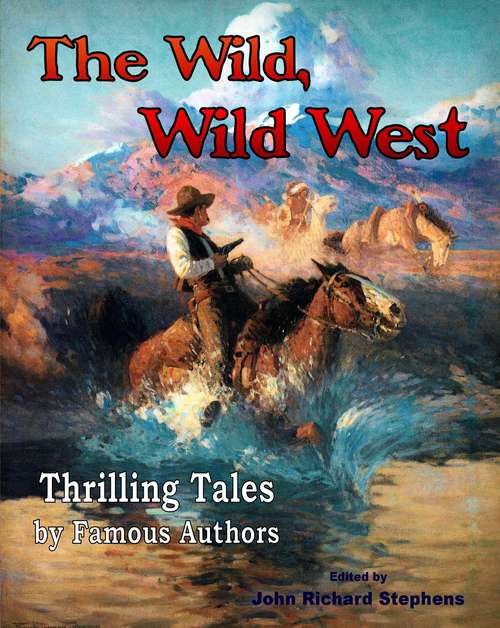 A town that had a man for breakfast every morning.That's how Tombstone, Arizona was described in the late-1800s, bolstering the myth that a corpse would be found cooling in the town's dusty streets each sunrise. The reality was quite different and much less violent, of course, but that hasn't kept the fanciful folklore of the Wild West from being retold in the years since, across America and around the world.This book captures the quick-trigger temper and savage spirit of America's frontier days in The Wild, Wild West, an exciting compilation of factual and fictional stories about the Wild West by famous authors.This is a collection of works on the Wild West by many of the world's most famous authors from the 1800s, including Dickens, Wilde, Emerson, Whitman, Longfellow, Muir, Irving, Thoreau, Twain, Kipling, Bierce, London, James Fenimore Cooper, O. Henry, Bret Harte, Zane Grey, Max Brand, Stephen Crane, Sir Arthur Conan Doyle and Robert Louis Stevenson. The selections involve gunfights, outlaws, gold mining, the Pony Express, stagecoach robberies, cowboys, card sharks, vigilantes, lynchings, ghost towns, and sheep, along with tributes to Custer and to the Native Americans who did him in.In a Max Brand tale, a town offers to reward a gunslinger for bringing in a stage robber dead or alive, leading to a battle of wits in the outlaw's canyon hideout. A story by Stephen Crane involves four men who play a card game for fun which ends in death, while Jack London tells of a deadly struggle between a hard-working prospector and an opportunistic murderer over a load of gold. Then there's the very first story that introduced the Cisco Kid to the world, along with the jumping frog story that made Mark Twain famous.The vivid personalities and the stories they give rise to in The Wild, Wild West reveal the truth behind the embroidered legends of the Old West, even as they add to them.(300 pages, 62 illustrations)