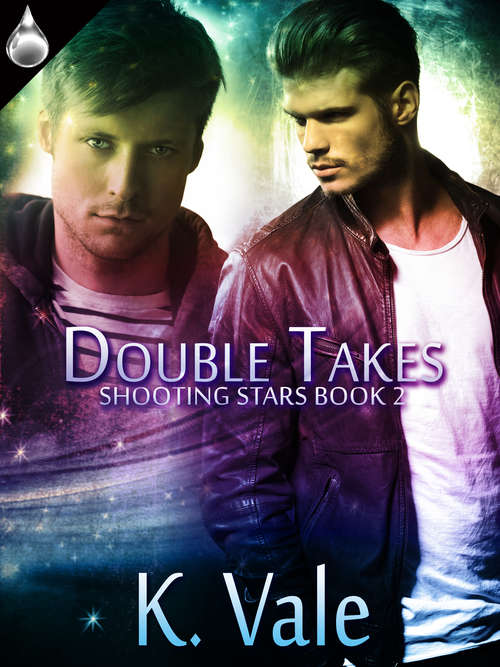 Sex, drugs, rock and roll ... and now reality TV! As the lead singer in a nineties-era band, Giovanni Savale is used to seeing his name in the headlines, but now, as the star of a new reality TV show, his life is on display for all to see. From the custody battle for his son to a "made for TV" romance to the possibility of a future with the sexy owner of the local antique store, Giovanni's life has just gotten complicated in ways he had never imagined. You'll love Double Takes, the hot new romance from author K. Vale.Ah, the life of a rock star. Everyone thinks it's nothing but sex, drugs, and rock and roll.Not for Giovanni Savale.For the lead singer of Three Deaf Mice, a band that reached its pinnacle in the late nineties, it's nothing but an ugly divorce with a custody battle, money trouble, and now the nightmare exposure of starring in a reality television show. When his producer decides to cash in on an infamous interview Gio did years ago, and give the self-confessed bisexual rocker an onscreen boyfriend, things really hit the fan. Gio is certain his sexual experimentation back in his drug-abusing days meant nothing -- after all he's been married for nine years, clean and sober for nearly as long, and he has a son. And Gio is not remotely attracted to Kyrie, the funny, flamboyant actor they choose for his love interest. Of course, Lance Garrett, the mysterious and sexy owner of the local antique shop, Double Takes, is a whole different story. The guy has Gio planning out a future he never imagined. With the threat of losing all custody of his ten-year-old son, ghosts from the past returning for revenge, and the cameras rolling, can Gio keep his head above water and his heart from getting broken?Content Notes: Hot, Anal Play, Anal Intercourse, GLBT, Music, Musicians, Contemporary