What We Have Done 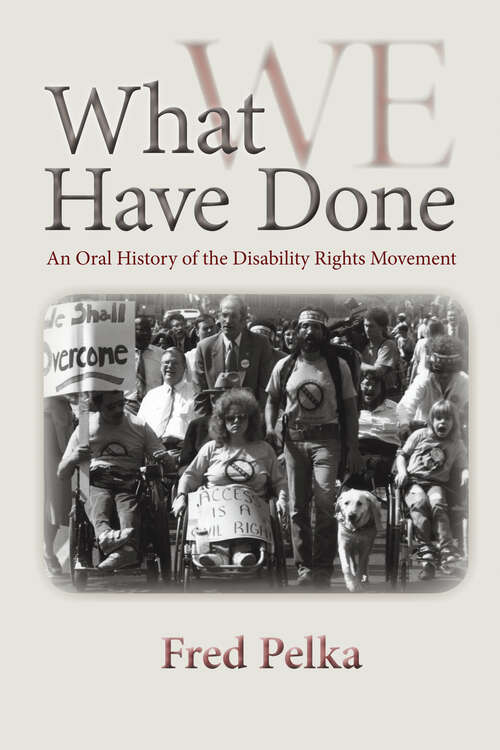 "Nothing about us without us" has been a core principle of American disability rights activists for more than half a century. It represents a response by people with disabilities to being treated with scorn and abuse or as objects of pity, and to having the most fundamental decisions relating to their lives--where they would live; if and how they would be educated; if they would be allowed to marry or have families; indeed, if they would be permitted to live at all--made by those who were, in the parlance of the movement, "temporarily able-bodied."

In What We Have Done: An Oral History of the Disability Rights Movement, Fred Pelka takes that slogan at face value. He presents the voices of disability rights activists who, in the period from 1950 to 1990, transformed how society views people with disabilities, and recounts how the various streams of the movement came together to push through the Americans with Disabilities Act of 1990, the most sweeping civil rights legislation since passage of the Civil Rights Act of 1964. Beginning with the stories of those who grew up with disabilities in the 1940s and '50s, the book traces how disability came to be seen as a political issue, and how people with disabilities--often isolated, institutionalized, and marginalized--forged a movement analogous to the civil rights, women's rights, and gay rights movements, and fought for full and equal participation in American society.