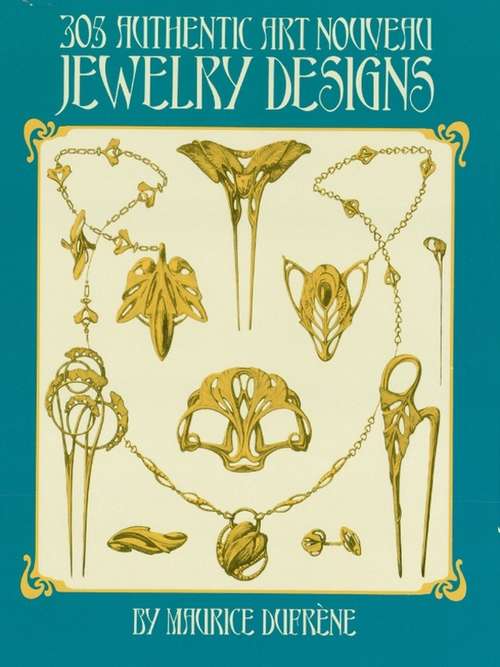 The Art Nouveau movement that flourished at the turn of the 20th century had profound influence on the decorative arts, including jewelry. The style's sweeping, rhythmic curves and use of stylized floral and animal forms lent themselves well to adaptations in precious stones and rare metals. Lalique, Mucha, and Tiffany were perhaps the most famous designers of Art Nouveau jewelry, but there were many lesser-known artists of superior abilities, among them Maurice Dufrène (born 1876), who created the present work. Dufrène later adopted a simpler style, becoming a leading decorative artist of considerable influence. He was frequently represented in the Salon d'Automne and played a major role in planning the Pris Exposition Universelle of 1937. The work features over 300 spectacular Dufrène pieces: pendants, combs, buckles, rings, bracelets, brooches, umbrella handles, penknives, buttons, clasps, and scissors in detailed photographs reprinted from rare, turn-of-the-century folios. The elegant, royalty-free illustrations are exquisitely detailed with flower, foliage, and butterfly motifs, and are readily adaptable to any design use.