It’s All for Sale 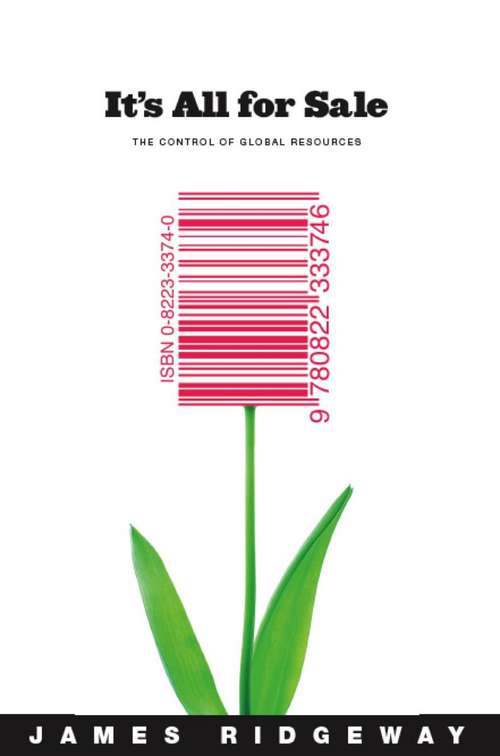 Five companies dominate the U.S. petroleum industry. Five control the worldwide trade in grain. Two have a corner on the private market for drinking water. In terms of actual dollars, trade in heroin, cocaine, and tobacco ranks alongside that in grain or metals. There are more slaves in the world today than ever before. Resource by resource, It's All for Sale uncovers and discloses who owns, buys, and sells what. Some resources--such as fuel, metals, fertilizers, drugs, fibers, food, forests, and flowers--have, for better or worse, long been thought of as commodities. Others--including fresh water, human beings, the sky, the oceans, and life itself (in the form of genetic codes)--are more startling to think of as products with price tags, but, as James Ridgeway shows, they are treated as such on a massive scale in lucrative markets around the world. Revealing the surprisingly small number of companies that control many of the basic commodities we use in everyday life, It's All for Sale confirms in specific detail that globalization has been accompanied by an extraordinary concentration of ownership. At the same time, it is about much more than what company has cornered the market in corn or diamonds. Corporations and captains of industry, wars and swindles, oppressors and the oppressed, empires and colonies, military might and commercial power, economic boom and bust--all these come alive in Ridgeway's canny and arresting reporting about the global scramble for power and profit. It's All for Sale is an invaluable source for researchers, activists, and all those concerned with globalization, corporate power, and the exploitation of individuals and the environment.