The Artist as Monster 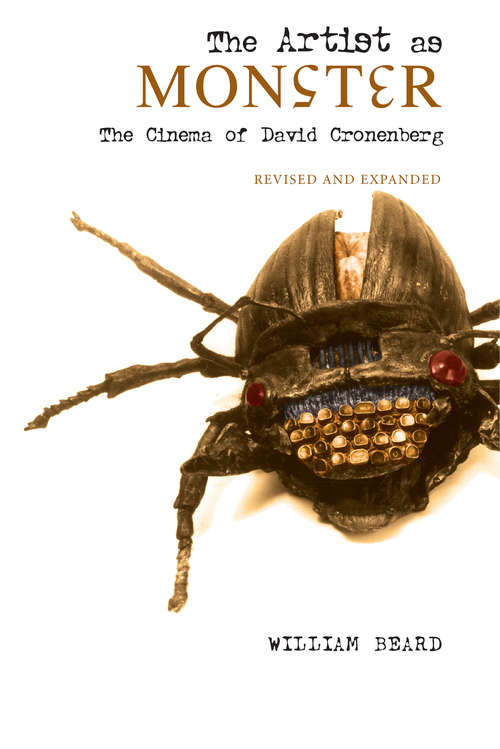 PAPERBACK INCLUDES TWO NEW CHAPTERSDavid Cronenberg is one of the most fascinating filmmakers in the world today. His provocative work has stimulated debate and received major retrospectives in museums, galleries, and cinematheques around the world. William Beard's The Artist as Monster was the first book-length scholarly work in English on Cronenberg's films, analyzing all of his features from Stereo (1969) to Crash (1996). In this paperback edition, Beard includes new chapters on eXistenZ (1999) and Spider (2002).Through close readings and visual analyses, Beard argues that the structure of Cronenberg's cinema is based on a dichotomy between, on the one hand, order, reason, repression, and control, and on the other, liberation, sexuality, disease, and the disintegration of self and of the boundaries that define society. The instigating figure in the films is a scientist character who, as Cronenberg evolves as a filmmaker, gradually metamorphoses into an artist, with the ground of liberation and catastrophe shifting from experimental subject to the self.Bringing a wealth of analytical observation and insight into Cronenberg's films, Beard's sweeping, comprehensive work has established the benchmark for the study of one of Canada's best-known filmmakers.