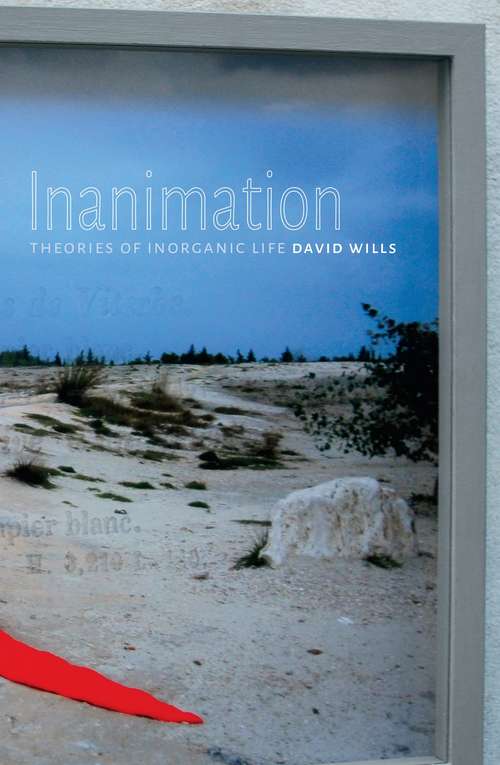 Inanimation is the third book by author David Wills to analyze the technology of the human. In Prosthesis, Wills traced our human attachment to external objects back to a necessity within the body itself. In Dorsality, he explored how technology is understood to function behind or before the human. Inanimation proceeds by taking literally the idea of inanimate or inorganic forms of life. Starting from a seemingly naïve question about what it means to say texts "live on" or have a "life of their own," Inanimation develops a new theory of the inanimate.Inanimation offers a fresh account of what life is and the ethical and political consequences that follow from this conception. Inspired by Walter Benjamin's observation that "the idea of life and afterlife in works of art should be regarded with an entirely unmetaphorical objectivity," the book challenges the coherence and limitations of "what lives," arguing that there is no clear opposition between a live animate and dead inanimate. Wills identifies three major forms of inorganic life: autobiography, translation, and resonance. Informed by Jacques Derrida and Gilles Deleuze, he explores these forms through wide-ranging case studies. He brings his panoptic vision to bear on thinkers (Descartes, Freud, Derrida, Benjamin, Carl Schmitt, Jean-Luc Nancy, Roland Barthes), writers and poets (Hélène Cixous, Paul Celan, William Carlos Williams, Ernst Jünger, James Joyce, Georges Bataille), and visual artists (Jean-François Millet, Jean-Luc Godard, Paul Klee). With panache and gusto, Wills discovers life-forms well beyond textual remainders and translations, in such disparate "places" as the act of thinking, the death drive, poetic blank space, recorded bird songs, the technology of warfare, and the heart stopped by love.