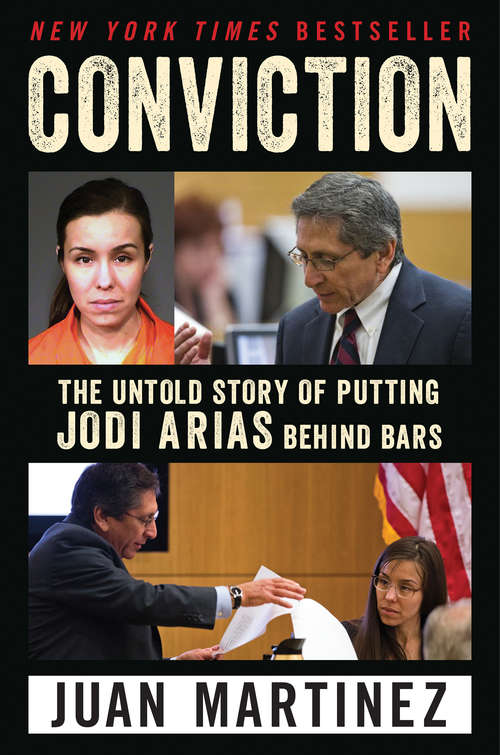 Juan Martinez, the fiery prosecutor who convicted notorious murderess Jodi Arias for the disturbing killing of Travis Alexander, speaks for the first time about the shocking investigation and sensational trial that captivated the nation.

Through two trials, America watched with baited breath as Juan Martinez fought relentlessly to convict Jodi Arias of Murder One for viciously stabbing her ex-boyfriend Travis Alexander to death. What emerged was a story wrought with sex, manipulation, and deceit that stunned the public at every turn.

Arias, always playing the wronged and innocent woman, changed her story continually as her bizarre behavior surrounding the crime and its aftermath came to light. Unwavering, Arias and her defense team continued to play off the salacious details of the case, until she was finally found guilty and--controversially--sentenced to life behind bars.

Now, speaking openly for the first time, prosecutor Juan Martinez will unearth new details from the investigation that were never revealed at trial, exploring key facts from the case and the pieces of evidence he chose to keep close to the vest.

Throughout the trials, his bullish and unfaltering prosecution strategy was both commended and criticized, and in his book, Martinez will illuminate the unique tactics he utilized in this case and how they lead to a successful conviction, and-for the first time-discuss how he felt losing the death penalty sentence he'd pursued for years.

Going beyond the news reports, Martinez will explore the truth behind the multiple facades of Jodi Arias. Sparring with her from across the stand, Martinez came to know Arias like no one else could, dissecting what it took for a seemingly normal girl to become a deluded, cunning, and unrepentant murderer.

With new stories from behind the scenes of the trial and Martinez's own take on his defendant, the book takes you inside the mind of Jodi Arias like never before.