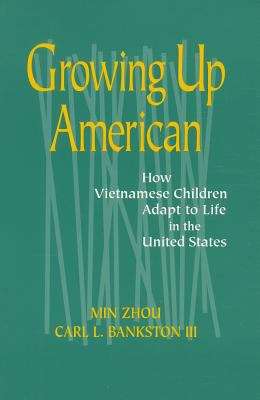 Vietnamese Americans form a unique segment of the new U. S. immigrant population. Uprooted from their homeland and often thrust into poor urban neighborhoods, these newcomers have nevertheless managed to establish strong communities in a short space of time. Most remarkably, their children often perform at high academic levels despite difficult circumstances. Growing Up American tells the story of Vietnamese children and sheds light on how they are negotiating the difficult passage into American society. Min Zhou and Carl Bankston draw on research and insights from many sources, including the U. S. census, survey data, and their own observations and in-depth interviews. Focusing on the Versailles Village enclave in New Orleans, one of many newly established Vietnamese communities in the United States, the authors examine the complex skein of family, community, and school influences that shape these children's lives. With no ties to existing ethnic communities, Vietnamese refugees had little control over where they were settled and no economic or social networks to plug into. Growing Up American describes the process of building communities that were not simply transplants but distinctive outgrowths of the environment in which the Vietnamese found themselves. Family and social organizations re-formed in new ways, blending economic necessity with cultural tradition. These reconstructed communities create a particular form of social capital that helps disadvantaged families overcome the problems associated with poverty and ghettoization. Outside these enclaves, Vietnamese children faced a daunting school experience due to language difficulties, racial inequality, deteriorating educational services, and exposure to an often adversarial youth subculture. How have the children of Vietnamese refugees managed to overcome these challenges? Growing Up American offers important evidence that community solidarity, cultural values, and a refugee sensibility have provided them with the resources needed to get ahead in American society. Zhou and Bankston also document the price exacted by the process of adaptation, as the struggle to define a personal identity and to decide what it means to be American sometimes leads children into conflict with their tight-knit communities. Growing Up American is the first comprehensive study of the unique experiences of Vietnamese immigrant children. It sets the agenda for future research on second generation immigrants and their entry into American society.