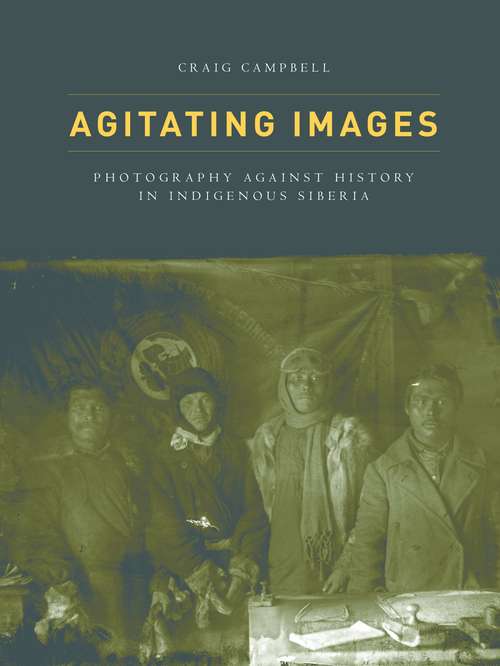 Following the socialist revolution, a colossal shift in everyday realities began in the 1920s and '30s in the former Russian empire. Faced with the Siberian North, a vast territory considered culturally and technologically backward by the revolutionary government, the Soviets confidently undertook the project of reshaping the ordinary lives of the indigenous peoples in order to fold them into the Soviet state. In Agitating Images, Craig Campbell draws a rich and unsettling cultural portrait of the encounter between indigenous Siberians and Russian communists and reveals how photographs from this period complicate our understanding of this history. Agitating Images provides a glimpse into the first moments of cultural engineering in remote areas of Soviet Siberia. The territories were perceived by outsiders to be on the margins of civilization, replete with shamanic rituals and inhabited by exiles, criminals, and "primitive" indigenous peoples. The Soviets hoped to permanently transform the mythologized landscape by establishing socialist utopian developments designed to incorporate minority cultures into the communist state. This book delves deep into photographic archives from these Soviet programs, but rather than using the photographs to complement an official history, Campbell presents them as anti-illustrations, or intrusions, that confound simple narratives of Soviet bureaucracy and power. Meant to agitate, these images offer critiques that cannot be explained in text alone and, in turn, put into question the nature of photographs as historical artifacts. An innovative approach to challenging historical interpretation, Agitating Images demonstrates how photographs go against accepted premises of Soviet Siberia. All photographs, Campbell argues, communicate in unique ways that present new and even contrary possibilities to the text they illustrate. Ultimately, Agitating Images dissects our very understanding of the production of historical knowledge.