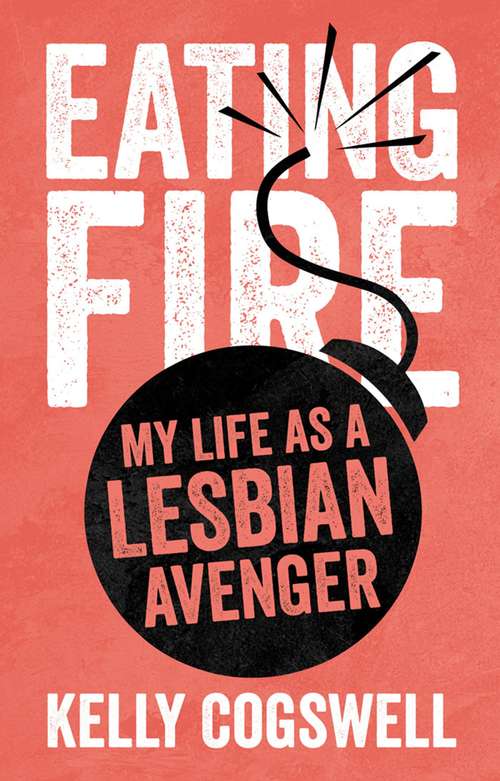 When Kelly Cogswell plunged into New York's East Village in 1992, she had just come out. An ex-Southern Baptist born in Kentucky, she was camping in an Avenue B loft, scribbling poems, and playing in an underground band, trying to figure out her next move. A couple of months later she was consumed by the Lesbian Avengers, instigating direct action campaigns, battling cops on Fifth Avenue, mobilizing 20,000 dykes for a march on Washington, D.C., and eating fire--literally--in front of the White House.At once streetwise and wistful, Eating Fire is a witty and urgent coming-of-age memoir spanning two decades, from the Culture War of the early 1990s to the War on Terror. Cogswell's story is an engaging blend of picaresque adventure, how-to activist handbook, and rigorous inquiry into questions of identity, resistance, and citizenship. It is also a compelling, personal recollection of friendships and fallings-out and of finding true love--several times over. After the Lesbian Avengers imploded, Cogswell describes how she became a pioneering citizen journalist, cofounding the Gully online magazine with the groundbreaking goal of offering "queer views on everything."The first in-depth account of the influential Lesbian Avengers, Eating Fire reveals the group's relationship to the queer art and activist scene in early '90s New York and establishes the media-savvy Avengers as an important precursor to groups such as Occupy Wall Street and La Barbe, in France. A rare insider's look at the process and perils of street activism, Kelly Cogswell's memoir is an uncompromising and ultimately empowering story of creative resistance against hatred and injustice.