The Mind of Frederick Douglass 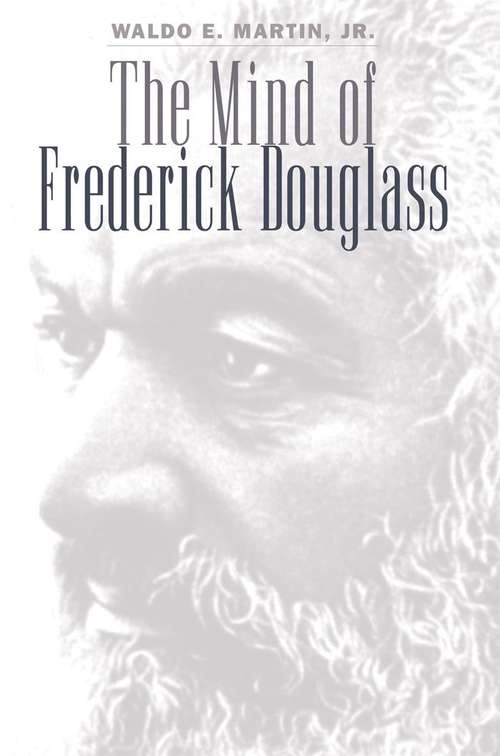 Frederick Douglass was unquestionably the foremost black American of the nineteenth century. The extraordinary life of this former slave turned abolitionist orator, newspaper editor, social reformer, race leader, and Republican party advocate has inspired many biographies over the years. This, however, is the first full-scale study of the origins, contours, development, and significance of Douglass's thought.Brilliant and to a large degree self-taught, Douglass personified intellectual activism; he possessed a sincere concern for the uses and consequences of ideas. Both his people's struggle for liberation and his individual experiences, which he envisioned as symbolizing that struggle, provided the basis and structure for his intellectual maturation. As a representative American, he internalized and, thus, reflected major currents in the contemporary American mind. As a representative Afro-American, he revealed in his thinking the deep-seated influence of race on Euro-American, Afro-American, or, broadly conceived, American consciousness. He sought to resolve in his thinking the dynamic tension between his identities as a black and as an American.Martin assesses not only how Douglass dealt with this enduring conflict, but also the extent of his success. An inveterate belief in a universal and egalitarian humanism unified Douglass's thought. This grand organizing principle reflected his intellectual roots in the three major traditions of mid-nineteenth-century American thought: Protestant Christianity, the Enlightenment, and romanticism. Together, these influences buttressed his characteristic optimism. Although nineteenth-century Afro-American intellectual history derived its central premises and outlook from concurrent American intellectual history, it offered a searching critique of the latter and its ramifications. How to square America's rhetoric of freedom, equality, and justice with the reality of slavery and racial prejudice was the difficulty that confronted such Afro-American thinkers as Douglass.