The Democracy of the Dead 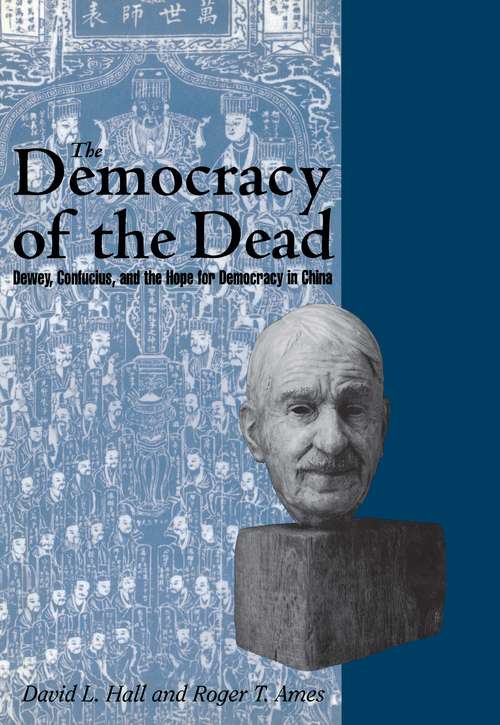 Will democracy figure prominently in China's future? If so, what kind of democracy? In this insightful and thought-provoking book, David Hall and Roger Ames explore such questions and, in the course of answering them, look to the ideas of John Dewey and Confucius.Those most sanguine about the future of Chinese-Western relations presume that a modernized China will be essentially westernized as well. They believe that in order to enter the family of nations China must be transformed into a liberal democracy, complete with free enterprise capitalism and rational technologies. Only in this manner, so this argument goes, can there be hope for increased rights and freedoms for the individual Chinese.Contrary to this view, the authors argue that it is a mistake to equate modernization with westernization and to believe that individualist, rights-based democracy and its economic and technological accouterments are inevitable consequences of civilized development. Modernity, the authors claim, far from being a universal expression of the human spirit, is a peculiarly Western invention which must be adapted significantly if it is to be useful in a Chinese environment.In The Democracy of the Dead, Hall and Ames argue for the viability of the traditional Chinese cultural sensibility and claim that the China which may well come to dominate the global culture of the twenty-first century will not be a society of increasingly rugged individuals, nor will it be the Netscaped, McDonaldized Theme Park of which Western entrepreneurs have begun to dream. Rather, China is likely to maintain far more of its traditional character than most now suspect possible, and will, therefore, enter the modernworld largely on its own terms.Hall and Ames argue that accommodating the legitimate desires of the Chinese people will require the promotion of a communitarian form of democracy seriously at odds with the liberal democratic model which dominates Western democracies. This will best be accomplished by appealing to the communitarian strain of thought within our own tradition. To this end the authors offer John Dewey's theory of democracy, that of the "communicating community", as the vision which is best suited to engage the realities of Chinese social practice and to promote the realization of a Confucian democracy in China.