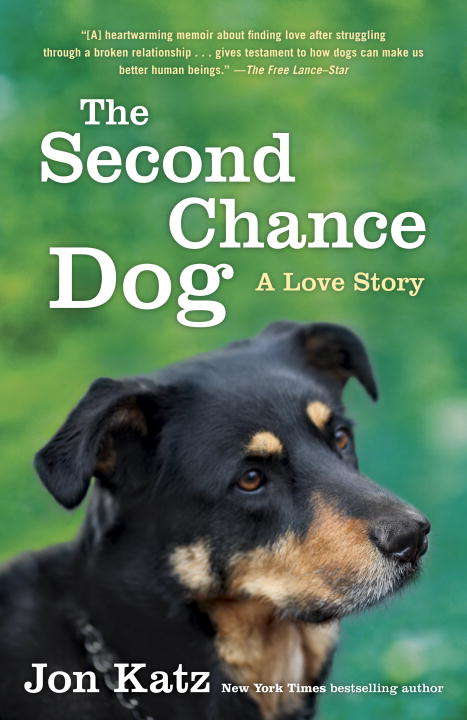 From New York Times bestselling author Jon Katz comes a wise, uplifting, and poignant memoir of finding love against all odds, and the power of second chances for both people and dogs. "I had no idea that Frieda would enter my life and alter it in the most profound way, but that's one of the beautiful things about animals. They change you, and you almost never see it coming." In 2007, a few years after purchasing Bedlam Farm in upstate New York, Jon Katz met Maria Wulf, a quiet, sensitive artist hoping to rekindle her creative spark. Jon, like her, was introspective yet restless, a writer struggling to find his purpose. He felt a connection with her immediately, but a formidable obstacle stood in the way: Maria's dog, Frieda. A rottweiler-shepherd mix who had been abandoned by her previous owner in the Adirondacks, where she lived in the wild for several years, Frieda was ferociously protective and barely tamed. She roared and charged at almost anyone who came near. But to Maria, Frieda was sweet and loyal, her beloved guard dog and devoted friend. And so Jon quickly realized that to win over Maria, he'd have to gain Frieda's affection as well. While he and Maria grew closer, Jon was having a tougher time charming Frieda to his side. Even after many days spent on Bedlam Farm, Frieda still lunged at the other animals, ran off into the woods, and would not let Jon come near her, even to hook on her leash. Yet armed with a singular determination, unlimited patience, and five hundred dollars' worth of beef jerky, Jon refused to give up on Frieda--or on his chance with Maria. Written with stunning emotional clarity and full of warm yet practical wisdom, The Second-Chance Dog is a testament to how animals can make us better people, and how it's never too late to find love.Praise for The Second-Chance Dog "No one speaks the language of a dog like best-selling author Jon Katz. His latest heartwarming memoir about finding love after struggling through a broken relationship . . . gives testament to how dogs can make us better human beings."--The Free Lance-Star"[An] intimate story of falling in love with a woman and her extremely protective pet dog . . . Bittersweet in its telling, Katz reminds readers of the importance of human and animal connections."--Kirkus Reviews "In this heartwarming story of love and redemption . . . dogs and humans alike get second chances at life, love, and growth. . . . This moving work is recommended for readers who want a true-life love story, for dog lovers seeking a book with a happy ending (the dog doesn't die!), for seniors who think that receiving a Medicare card means that love is out of the question, and for dog trainers who want to learn more about Katz's philosophy of dog training."--Library Journal "The story [Katz] tells gives hope that no animal is beyond help, as long as enough love and patience are thrown in."--Minneapolis Star TribuneFrom the Hardcover edition.mals and humans and their combined generosity of spirit--is a place you're glad you've been."--The Boston Globe "From Toto to Marley, our canine friends are a sure bet in the literary biz. But no one seems to speak their language like Jon Katz."--San Antonio Express-NewsFrom the Hardcover edition.