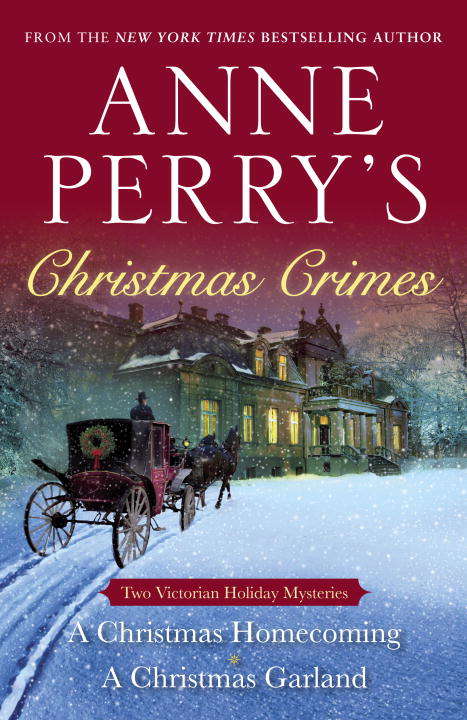 'Tis the season for a pair of Christmas novels that add a dash of murder to the Yuletide spirit. "Perry's Victorian-era holiday mysteries [are] an annual treat."--The Wall Street Journal A CHRISTMAS HOMECOMING "Could have been devised by Agatha Christie . . . [Anne Perry is] a modern master."--Pittsburgh Post-Gazette Charlotte Pitt's mother, Caroline, is spending the holiday with her young husband, Joshua Fielding, in Whitby, the fishing village where Dracula first touches English soil in Bram Stoker's sensational novel. Joshua has arranged to produce a stage adaptation of Dracula, written by the daughter of millionaire Charles Netheridge, but tempers flare after a disastrous first read-through of the script. As wind and snow swirl around Netheridge's lonely hilltop mansion, a black-cloaked stranger emerges from the storm. At the same time, a brooding evil makes itself felt, and instead of theatrical triumph, there is murder--shocking and terrifying. A CHRISTMAS GARLAND "In Anne Perry's gifted hands, the puzzle plays out brilliantly."--Greensboro News & Record The year is 1857, soon after the violent Siege of Cawnpore, and India is in the midst of rebellion. In the British garrison, a guard is killed, a prisoner escapes, and a luckless medical orderly named John Tallis is arrested as an accomplice simply because he was the only soldier unaccounted for when the crimes were committed. Though chosen to defend Tallis, young Lieutenant Victor Narraway is not encouraged to try very hard. His superiors merely want a show trial. But inspired by a simple Christmas garland, and his own stubborn faith in justice, Narraway is determined to figure out the truth, despite the appalling odds. In an alien world haunted by massacre, he is the accused man's only hope.