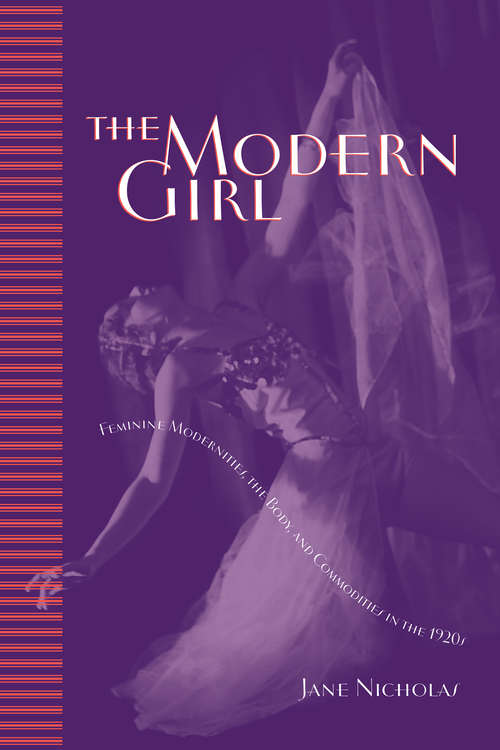 With her short skirt, bobbed hair, and penchant for smoking, drinking, dancing, and jazz, the "Modern Girl" was a fixture of 1920s Canadian consumer culture. She appeared in art, film, fashion, and advertising, as well as on the streets of towns from coast to coast. In The Modern Girl, Jane Nicholas argues that this feminine image was central to the creation of what it meant to be modern and female in Canada. Using a wide range of visual and textual evidence, Nicholas illuminates both the frequent public debates about female appearance and the realities of feminine self-presentation. She argues that women played an active and thoughtful role in their embrace of modern consumer culture, even when it was at the risk of serious social, economic, and cultural penalties. The first book to fully examine the "Modern Girl"'s place in Canadian culture, The Modern Girl will be essential reading for all those interested in the history of gender, sexuality, and the body in the modern world.